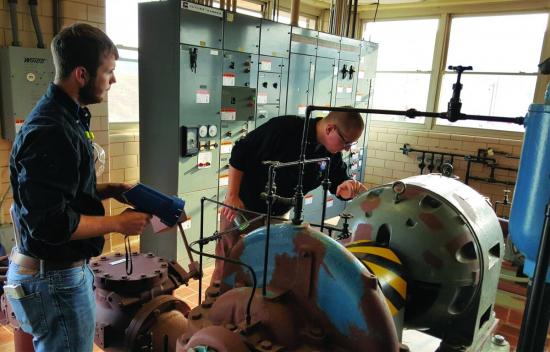 Launched in 2006, the TTU-IAC program provides manufacturers in the state with free energy, productivity, and waste assessments – including best practices for compressed air systems, and blowers and vacuum, as well as cooling towers and chillers. The assessments to date have provided manufacturers in the program with $27.48 million in recommended cost savings, equaling 3.82 trillion British thermal units of energy savings.

We are pleased to announce the recipients of this year’s Industrial Assessment Center (IAC) Outstanding Student and Distinguished Alumni Awards.  These awards recognize students and alumni who have made a significant impact through their work in energy efficiency and outstanding accomplishments in promoting the practices and principles of energy engineering. 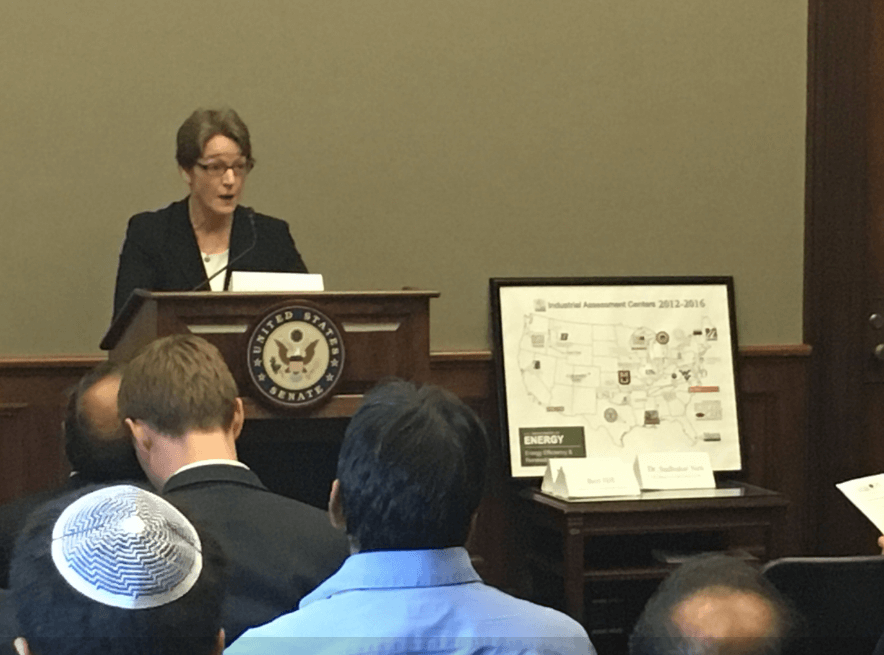 To read more about this event, read the blog here 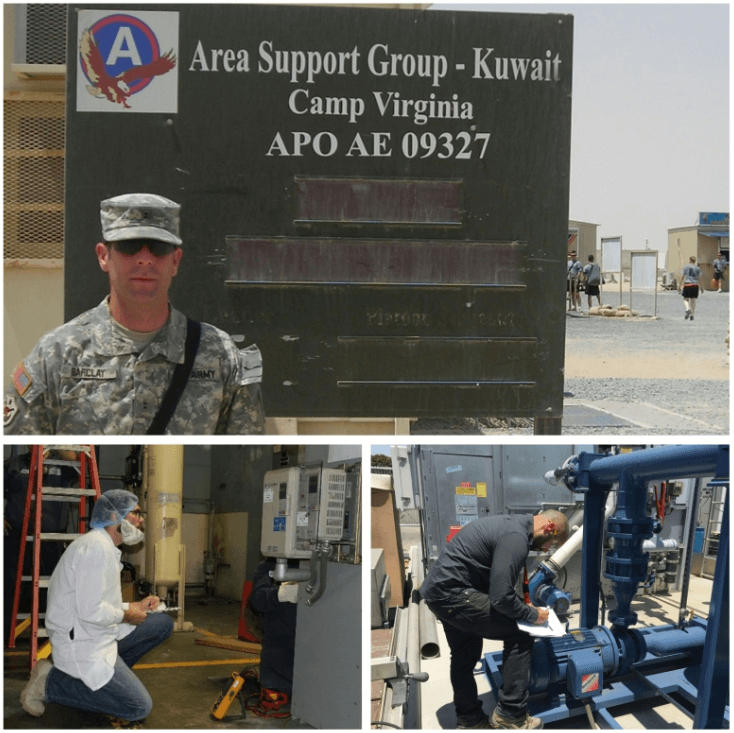 U.S. soldiers are participating in an Energy Department supported program that provides hands-on education for engineering jobs. The Industrial Assessment Center (IAC) program, is open to all engineering students at participating colleges and universities, but many veterans find that they can use the program to further develop many skills they obtained through their service.

Picture to the left: Military veterans Daniel Barclay (top left), Keith Striby (bottom left) and Youseff Elkassis (bottom right) are three examples of military participants in the Energy Department’s Industrial Assessment Center program that is helping prepare these soldiers for life outside the military as engineers.

Led by engineering faculty, the selected IACs will perform on-site assessments at small- and medium-sized manufacturing business partners, currently defined as having gross annual sales below $100 million, fewer than 500 employees, and annual energy bills between $100,000 and $2.5 million. 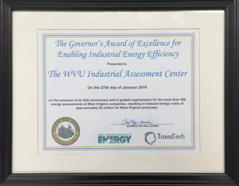 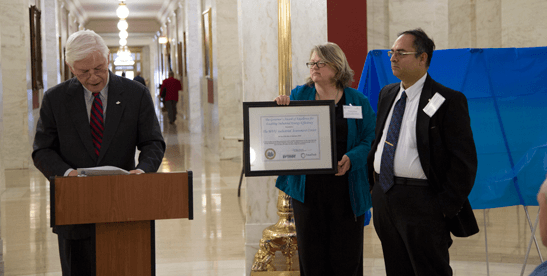 IAC Director Bhaskaran Gopalakrishnan, accepted the award on the occasion of its 25th anniversary. The award was given in appreciation of IAC’s more than 400 energy assessments in West Virginia, resulting in reduced energy costs of approximately $2 million for West Virginia manufacturers. 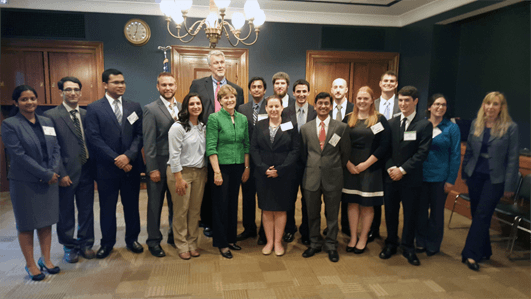 Senator Shaheen and AMO Director Mark Johnson with a group of current and former IAC students at the 40th year celebration.
September 15, 2015

A tireless champion for the IACs mission to help small and medium-sized manufacturers save energy, reduce waste and water use, and improve productivity, Senator Shaheen praised the successes of IAC directors and students alike, stating “university teams under the IAC program have conducted more than 17,000 energy assessments at U.S. manufacturing plants nationwide, helping to save enough energy to power 1.4 million homes. Moreover, IACs have saved participating manufacturers more than $1 billion in energy costs. An estimated 6 million metric tons of carbon dioxide emissions have been avoided due to IAC assessments, which is equivalent to the emissions from more than 1.2 million cars.” 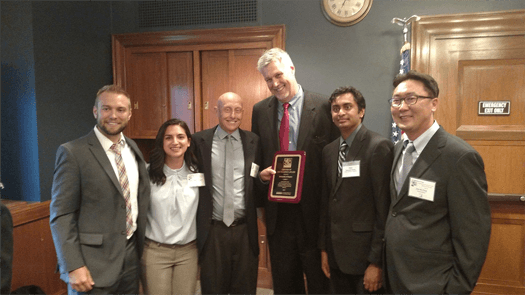 Mark Johnson, Director of the Advanced Manufacturing Office of the US Department of Energy, presents the University of Dayton IAC with the 2015 Center of Excellence award.
September 15, 2015

The U.S. Department of Energy awarded the University of Dayton's Industrial Assessment Center the 2015 Center of Excellence Award. It's the second time the center has won the award (2003).

Since 1981, the University of Dayton's center, using teams of students and faculty, has performed more than 900 assessments, helping manufacturers reduce their energy use by about 7 percent. In a typical year, the center saves companies the equivalent electricity use of 1,300 houses and the equivalent natural gas use of 280 houses. 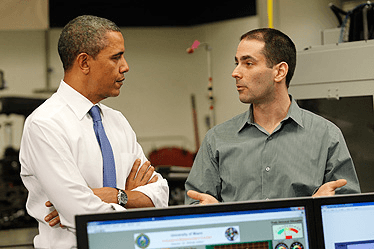 In February 2012, President Obama highlighted the Industrial Assessment Centers (IAC) as a smart and important piece of the administration's "all-of-the-above" approach to domestic energy sources.

President Obama said, "We're taking a step that will make it easier for companies to save money by investing in energy solutions that have been proven here at the University of Miami -- new lighting systems; advanced heating and cooling systems that can lower a company's energy bills and make them more competitive."